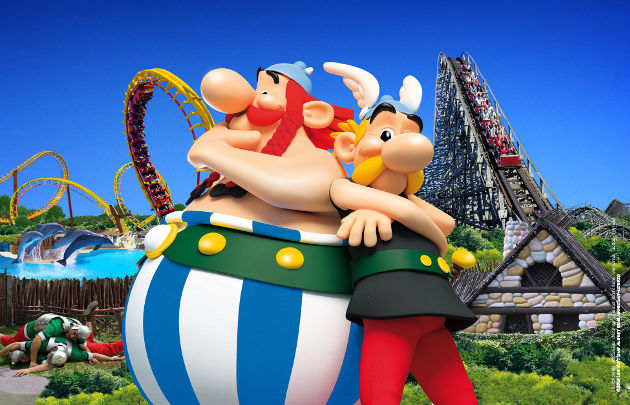 Parc Asterix is just 30 minutes away from Mouy and is easy to find with its own exit from the A1 motorway. Whilst being much smaller than Disneyland Paris at only 5.2km2 Parc Asterix can hold its own in comparison with its larger sibling with the quality of its rides. Themed on the Asterix stories and featuring characters such as Asterix the Gaulle and Obelix most of the park's rides have a Roman or Gallic theme. Highlights include the Tonnerre de Zeus, the 3rd longest wooden rollercoaster in Europe, and often voted the greatest wooden rollercoaster, Goudrix, a metal rollercoaster which at one time held the record for the greatest number of inversions on a rollercoaster (7!) and La Trace du Hourra, an 900m bobsled ride that cen reach speeds of up to 80km/h. There is also plenty to do for younger visitors, and there are a number of great shows to watch including a dolphin show ('Spectacle des dauphins'), a stunt show ('Main Basse sur la Joconde') and a circus-themed show ('La Légion Recrute'). Even the restaurants are themed, with offerings of wild boar burgers in place of the usual fare. The park is generally only open in the summer, from early April to early September, plus weekends in late September and October. It also opens for two weeks over Christmas - see here for opening times. Being much smaller than Disneyland Paris it is possible to visit the park in one day.